As ASA went virtual for Chicago 2021, the Media Sociology Symposium followed suit. Plans are in the works for 2022 in Los Angeles when we hope to have another f2f meeting. Thanks to Julie Wiest who did an amazing job hosting the event in 2019, plans are also underway for our 2023 meeting in Philadelphia.

Couldn’t join us? Selected highlights from the Symposium will be posted below. 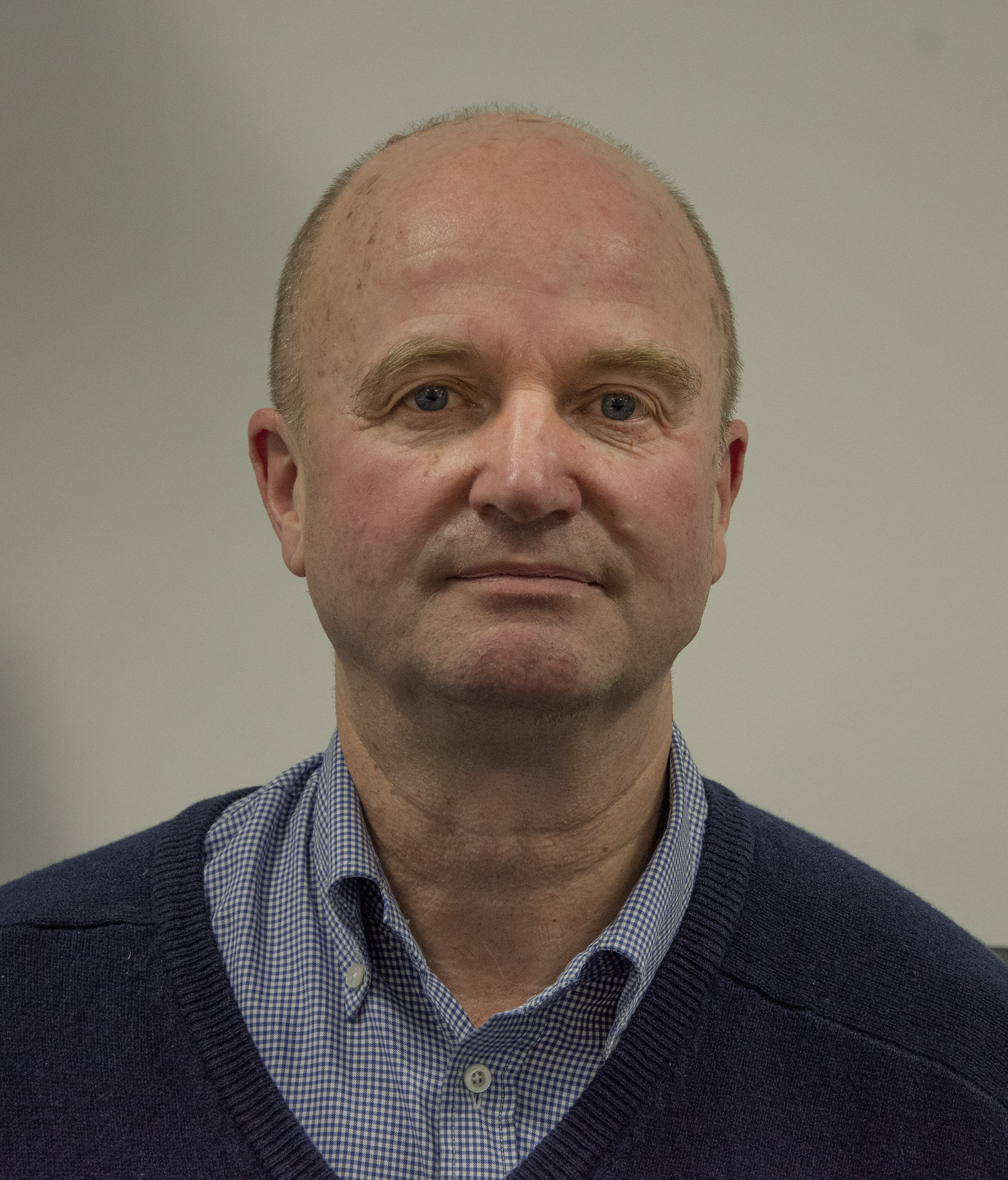 Professor Ralph Schroeder is Programme Director of the MSc in Social Science of the Internet at the OII. Professor  Schroeder has interests in virtual environments, social aspects of e-Science, sociology of science and tech, and has written extensively about virtual reality technology. His current research is related to digital media and right-wing populism.

Ralph Schroeder was formerly Professor in the School of Technology Management and Economics at Chalmers University in Gothenburg (Sweden). He completed his PhD about Max Weber at the LSE in 1988. His publications include Rethinking Science, Technology and Social Change (Stanford University Press, 2007) and Being There Together: Social Interaction in Virtual Environments (Oxford University Press, 2010). He is also the author of ‘An Age of Limits: Social Theory for the 21st Century’ (Palgrave Macmillan 2013) and, with Eric T. Meyer, of ‘Knowledge Machines: Digital Transformations of the Sciences and Humanities’ (MIT Press 2015).

We are also pleased to announce special international collaborations with the Brazil-U.S. Colloquium on Communication Studies and IAMCR Digital Divide Working Group.

The CITAMS Chairs’ Evening Plenary was: “The Challenge of Obsolescence in

The event was free thanks to our generous sponsors: CITAMS || Bristol Univ. Interpretive Lenses in Sociology  || Emerald Studies in Media and Communications || Palgrave Studies in Digital Inequalities || Santa Clara University Department of Sociology

“Pranks, Trends, and Logics of Participation on TikTok” Jackie Ostrem, University of Edinburgh

“Crime in Television News: Do News Factors Predict the Mentioning of a Criminal’s Country of Origin?” Janine Brill, University of Erfurt (Germany)

“Intersections Between Journalistic Documentary and True Crime in the Context of VOD Platforms: The Alcàsser Murders as a Spanish Case Study” Lorena R. Romero-Domínguez, University of Seville

Panel 6: “Theorizing Criminality and Policing in the Digital Media Age”

“Instagram Cred in the Age of Glocalized Gang Culture” Nicola Bozzi, London College of Communication: Dramatization of the @ Gangsta

“Lost in the Mediascape: Embracing Uncertainties and Contradictions at the Cultural Nexus of Crime and Media” Nickie D. Phillips, St. Francis College, and Nicholas Chagnon, University of Hawaii at Manoa

Panel 7: Brazil US Colloquium on Communication Studies “Media Across the Americas”

“Misinformation and Trust in Institutions in Four Countries in 2019 and 2021” Shelley Boulianne, MacEwan University and Edda Humprecht, University of Zurich

CITAMS Chairs’ Plenary: “The Challenge of Obsolescence in Media Sociology”

“Has the de-politicized generation arrived? A comparative analysis of the online feminist activism in China during 2012-2021″ Yueqi Wang and Yanming Chen, Beijing Normal University

“Why Should Facebook (not) Ban Trump” Muyang Li, York University and Zhifan Luo, University at Albany

“The cultivation of fear of intimacy” Jinyuan Zhan, School of Media and Communication, Shanghai Jiaotong University

Note: Participation constitutes agreement to strictly adhere to all COPE and ASA’s ethics and guidelines and to release without caveat the Symposium or its organizers from any liability for any content including but not limited to any behavior, words, or actions etc. from any speaker, panelist, attendee etc. All intellectual property remains the property of each author. For more information, see here: Ethics | American Sociological Association (asanet.org)

We look forward to seeing you virtually in 2021, in Los Angeles in 2022, and Philadelphia in 2023? Questions? Email mediasociologysymposium@gmail.com

CALLS FOR SUBMISSIONS FROM OUR SPONSORS

Emerald Studies in Media and Communications: Call for Guest Editors

Emerald Studies in Media and Communications is calling for submissions for edited volumes on any aspect of digital sociology. Each year, we publish volumes that capitalize on the series’ sponsorship by CITAMS. The series welcomes self-nominations from scholars of all disciplines interested in editing a volume on an important aspect of media, communication, digital sociology, or related fields. If you are interested in submitting a proposal for an edited volume, please email editorial@emeraldmediastudies.com or for more information see http://www.emeraldmediastudies.com/

Palgrave Studies in Digital Inequalities: Call for for Monographs and Edited Volumes

Palgrave Studies in Digital Inequalities book series is seeking monographs and edited volumes that speak to any aspect of digital inequality, digital divides, and digital inclusion writ large. The series welcomes monographs and edited volumes that are empirical, theoretical, agenda‐setting, and/or policy driven that explore any aspect of inequality, marginalization, inclusion, and/or positive change in the digital world. The series seeks scholars studying both emergent and established forms of inequality. Potential themes include but are not limited to digital inequalities in relation to AI, algorithms, misinformation, digital labor, platform economy, cybersafety, cybercrime, gaming, big data, the digital public sphere, economic class, gender, sexuality, race and ethnicity, aging, disability, healthcare, education, rural residency, networks, public policy, etc. If you have questions or would like to initiate a proposal, send an abstract of your ideas and author/editor bio(s) to editorial@palgravedigitalinequalities.org

WELCOME AND PANEL 1: JOURNALISM AND THE PUBLIC SPHERE

“Local and regional journalism in the interior of Brazil: context of development, status of researches and emerging themes” by Jacqueline da Silva Deolindo

“Collaborative journalism: reshaping the way that we do journalism” by Lucia Mesquita, Gabriela Gruszynski Sanseverino, Mathias-Felipe de-Lima-Santos, and Giuliander Carpes

“On the Role of Redundancy in the Popularization of Science: Analysis of Brazilian Journalistic Texts on Covid-19” by Margarethe Born Steinberger-Elias

“Hegemonic crisis, the rise of the far right and political parallelism: TV Globo and TV Record in the 2018 presidential elections” by Mauro Porto, Daniela Neves, and Barbara Lima

“Bolsonaro and Trump: an analysis between their social media in presidential campaigns Brazil and the US considering the perspective of agenda setting” by Élida Borges R. Gomes and Tatiana M. Reis

“A Year of Risk: COVID-19 and Exposure Risk Profiles” by Laura Robinson

“Video Games, Diversity and Gender: The audience’s impact on academic studies in a parallel between Brazil and the United States” by Beatriz Blanco, Julia Stateri, and Lucas Goulart

“Raça in the Music of Milton Nascimento: An Analysis of Milton’s Voice in Missa Dos Quilombos” by John R. Baldwin, Phil Chidester

“Afro Brazilian Netizen: The Use of Twitter as a Magnifying Glass for Black Brazilians’ Racial Issues in the Postmodern Era” by Juliana Maria (da Silva) Trammel

“Communication and tourism research in Brazil and the United States (2000-2019) ” by Clóvis Reis and Yanet María R. Barrios

“In the field in Brazil and the USA: indications about ethnographic doing in Communication” by Aline Maia

“The Use of Mobile Devices in the School of Life” by Eduarda F. Monteiro and Vera Valdemarin

Thank you to our sponsors!